The information below is required for social login

If you have a HALO account, sign in with your email address. You may also sign in using Facebook or Google. Note that all old NeboTools.com accounts have been converted to HALO accounts and you may login using the same credentials. Don't have an account? Create one here.

Earn points, redeem rewards, track order history and more.
Or log in with one of the following options:
Facebook
Google

Serious fishers know what it takes to make a great light source—portability, run time, submersibility, and durability. But what if an underwater light could do more? That’s the question NEBO engineers asked before revolutionizing the market with lights that are scientifically proven to be brighter and more waterproof at greater depths.

Not all light is created equal

“The first thing we did was look at the top selling brands from major retailers like BassPro and Cabela’s,” says Todd Marcucci, VP of Engineering for NEBO. “What we found were a lot of brands claiming to offer a higher quantity of lumens based solely on LED output, which we know is not always accurate.” 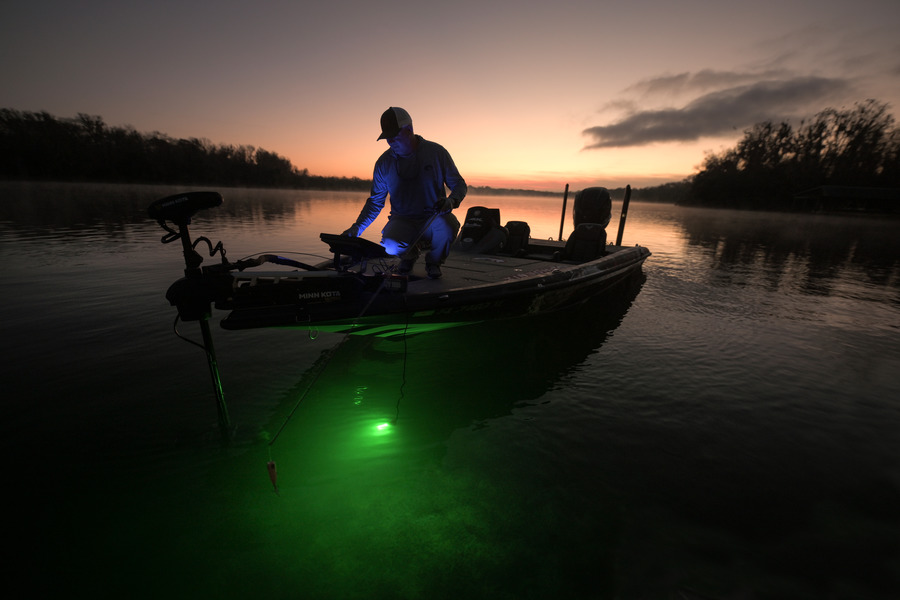 When measuring light performance, experts note a distinction between “total” light and “usable” light. For that reason, every NEBO product undergoes a rigorous two-part test: With the activated light placed in an enclosed integrating sphere, a built-in spectrometer first measures the total light output. Then, a lux meter measures the distance to which that output is usable. Only after the machine’s software has validated both sets of information can a reliable lumen threshold claim be made.

The gold standard in light testing

Unlike some brands, Marcucci’s team holds all NEBO products to the FL1 light testing standards put forth by the American National Standards Institute (ANSI). These standards were developed in 2009 and updated in 2019 to give consumers a guide for testing according to six key performance metrics:

With their sleek, watertight design, NEBO Submerser fishing and dock lights are the perfect tool for any angler. Their revolutionary COB contains more LED chips for a strong, uniform beam of green light that causes a food-chain reaction by drawing in plankton and smaller bait fish.

Plus, NEBO Submersers are designed to achieve up to four hours of battery life at depths of up to 30 feet. All these features combine to create the most effective underwater lights on the market, so that users spend less time fumbling with gear and more time reeling in big catches.